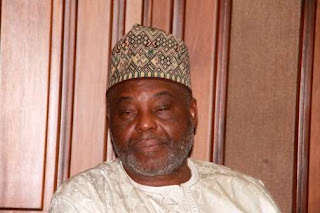 The founder of Africa Independent Television (AIT), Raymond Dokpesi has called on the Federal Government to reform prisons in the country. Dokpesi is said to have made the call at the AIT Christmas party after his release from Kuje prison in Abuja, according to Daily Post.

The media boss is said to have further described the conditions in the prisons as appalling while charging the management of the television station to make prison reform a burning issue.

Dokpesi was remanded on charges of money laundering pending the fulfilment of his bail conditions.
He is being tried along with former National Security Adviser (NSA), Sambo Dasuki who is accused of looting $2 billion worth of funds meant for the procurement of arms for Nigeria’s military
Posted by dubem naija blog at 6:56 pm