Dasuki and co should be tried by the ICC – Femi Falana 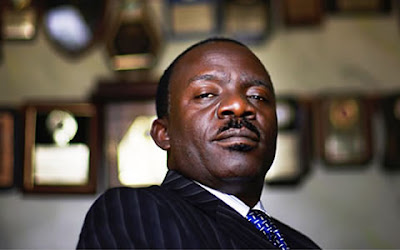 Femi Falana says those found guilty diverting funds meant for the purchase of arms for the Boko Haram war, should be prosecuted by the International Criminal Court. While presenting a paper during the opening of the Amnesty International’s office in Abuja on Tuesday, Falana said hundreds of people were killed by Boko Haram due to lack of equipment, by the army.

For committing such grave crimes against humanity, the suspects should be referred to the prosecutor of the International Criminal Court in The Hague for prosecution.

I wrote to the then Finance Minister and Coordinating Minister of the Economy, Dr. Ngozi Okonjo-Iweala, to demand an inventory of the arms bought with the $1bn loan. In her embarrassing reaction to my request, the minister stated that she was not in a position to account for the loan!

“When I persisted in demanding transparency and accountability, the immediate past Chief of Defence Staff, Air Marshal Alex Badeh, claimed that the armed forces led by him lacked the equipment to fight the insurgents,” he added.
Posted by dubem naija blog at 12:37 pm