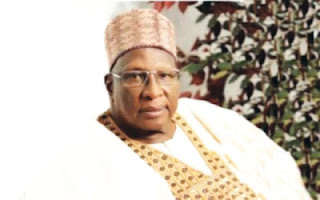 Former National Chairman of the Peoples Democratic Party (PDP), Alhaji Bamanga Tukur, yesterday escaped what his aide described as an attempt on his life. The incident occurred along Nnamdi Azikiwe International Airport area in Abuja while Tukur was on his way to Owerri via Abuja Airport to receive a doctorate degree award from the Federal University of Technology (FUTO) Owerri, the Imo State capital.
Speaking on the incident, Prince Oliver Okpala, the Special Assistant, Media, to Tukur, said, “It happened as his convoy, made up of four jeeps were driving to the airport, and a tinted Hilux van emerged and attempted to break into the convoy while heading towards Ambassador Tukur’s jeep. But his security escort prevented this move.”

Okpala explained further that the hilux had forcefully run into the convoy hitting and damaging three of the jeeps including that of Tukur in the process, adding, “Then the occupants of the hilux demanded that the door of the car should be opened and the occupant pulled out. The hilux’s occupants also fought to disarm the security aides of their guns and this met some resistance.”

In the process, the occupants of the hilux, whoever they are, manhandled the policemen, but Alhaji Tukur and his driver cleverly escaped from the scene.”

Okpala said further, “As my boss alighted to board the aircraft, the same people again tried to reach him, possibly to execute their motive, but the airport security now joined his security details to subdue them before Tukur was quickly rushed to the departure hall.”

Okpala said they have notified the police of the development, but added that no arrest has been made.


Source: The Nation
Posted by dubem naija blog at 7:54 am