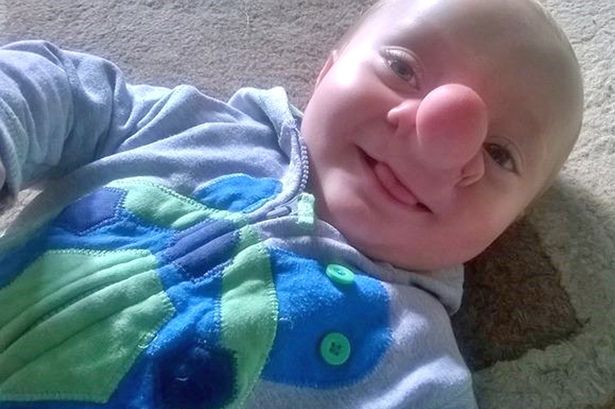 A little boy whose brain grew inside his nose has been described as the 'real-life Pinocchio' by his proud mum. Adorable Ollie Trezise was born with a rare condition which caused his brain to grow through a crack in his skull into his nose - making it stick out like the Disney character, Pinocchio.
As the lad grew, so did his nose forcing the 21-month-old to undergo several painful operations to enable him to breathe. But his mum, Amy Poole, 22, says the brave tot is now bombarded with cruel comments from strangers , who say he is 'ugly' and 'should never have been born'. 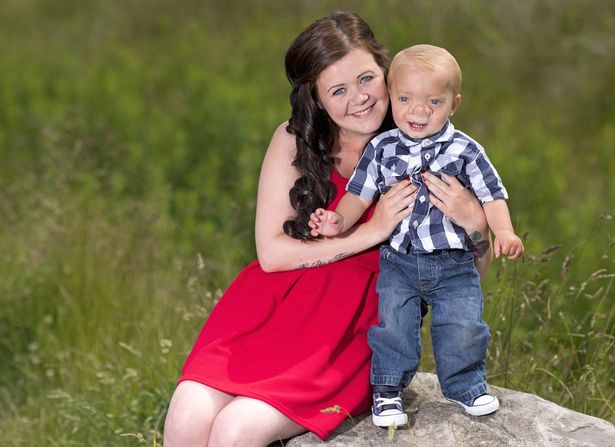 It's absolutely heart-breaking. Once, a woman told me I should never have given birth to him. I nearly burst into tears."To me, Ollie is perfect. He is my little real-life Pinocchio and I couldn't be prouder of him."


Amy, who has since split from Ollie's dad, said:


"When they gave me Ollie to hold, I was so surprised that I almost couldn't speak. "He was so tiny, but there was this enormous golf-ball sized lump on his nose. "At first I wasn't sure how I would cope. But I knew that I would love him no matter what he looked like." 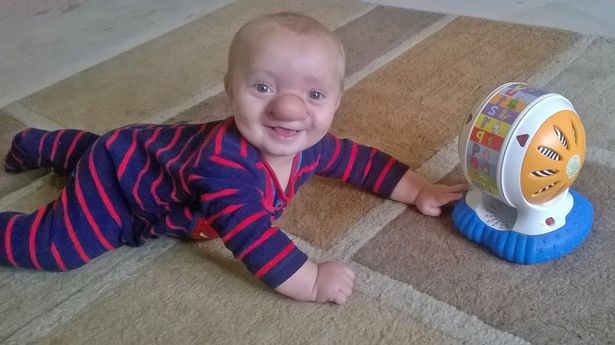 Doctors told a terrified Amy that they needed to operate on Ollie to open up his nasal passage and enable him to breathe.


"I was so scared to let Ollie undergo such major surgery. He was so fragile, and I couldn't bear the thought of losing him.

"But doctors explained that he was at risk of contracting an infection or even meningitis if he tripped and knocked his nose - so I agreed to the surgery."


In November 2014, Ollie underwent the successful two-hour operation at Birmingham Children's Hospital. Ollie will need further operations in the future, but doctors are waiting to see how his skull develops before performing any more invasive surgery.


"We have regular check-ups at the hospital, and things are going really well.

"Ollie will probably never look like all the other children and I'm terrified that he will be bullied at school. But he is such a lovely boy that it's impossible not to adore him.' "I think he is absolutely perfect the way he is. There is nothing wrong with being different.