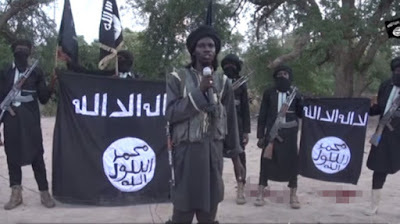 At least 27 people have been killed, and 90 injured, in a triple suicide bombing at a market in Lake Chad. Boko Haram is suspected of carrying out the attack. Chad police spokesman Paul Manga said the attacks in Koulfoua were carried out by females.

The Lake Chad region, which straddles the borders of Chad, Cameroon, Niger and Nigeria, has been in a state of emergency since November after attacks by extremists.

Posted by dubem naija blog at 5:31 am