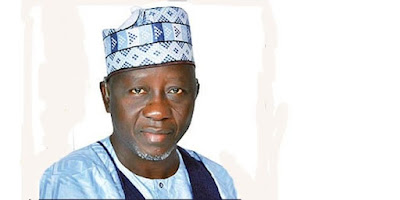 Over a hundred angry youths attacked Governor Umaru Tanko Al-Makura of Nasarawa state on Friday, December 4, during the final interment of the late Emir of Keffi, Alhaji Mohammadu Chindo Yamusa II. Nigerian Tribune reports that the governor was about entering his official vehicle in Keffi, Keffi local government area of the state when the youths came at him with different weapons, throwing stones at him.

He was quickly rushed into his car as security operatives attached to his convoy quickly intervened. They shot sporadically to scare the youths away. As a result, shops and stores were hurriedly closed down.

The youths were said to have started mobilizing themselves after the governor and his entourage arrived for the burial.

After the interment, the irate youths started molesting him, calling him names and throwing stones in his direction.

Addressing a press conference in Keffi, Alhaji Sani Mohammed, the state commissioner of police ordered the Keffi area commander to commence immediate investigation into the matter and bring the culprits to book.
Posted by dubem naija blog at 4:15 pm