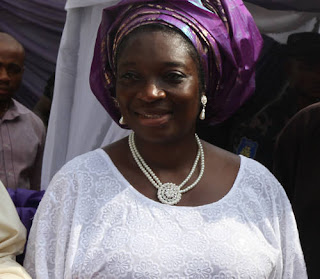 As the stage is set for a fresh election in the Anambra Central senatorial zone, the candidate of the Peoples Democratic Party, PDP, Senator Uche Ekwunife, has said that she will emerge victorious against her major opponent chief Victor Umeh, of the All Progressives Grand Alliance (APGA).
Addressing journalists yesterday in Awka, Ekwunife said that no matter how many times the election was conducted for Anambra central senatorial zone, she will beat Umeh over and over again.

She noted, “I am not disturbed by the noise being made in government quarters concerning the outcome of the Appeal Court judgment, I am very optimistic that whenever the election is conducted I will win.

“I beat Victor Umeh in the last election, but I want to tell you that in the re-run election, I will beat him again and beat him silly.”

She described as laughable the rumour in some quarters that she is no longer the candidate of the PDP for the March, 2016 re-run election into the Anambra Central Senatorial district and called on her opponents to be bold enough to face the election, instead of resorting to cheap blackmail.

Meanwhile, the former National Chairman of the All Progressives Grand Alliance,(APGA), Sir Victor Umeh, yesterday said the former ruling party, the Peoples Democratic Party (PDP), has no moral ground cry over any form of injustice, stating that the died following the loss its loss at the last general elections.