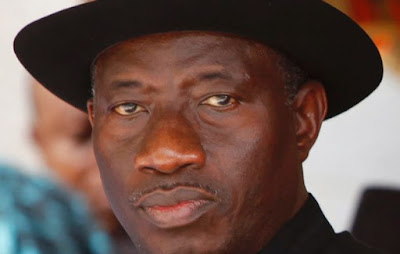 Some groups have called on the Economic and Financial Crimes Commission and other anti-graft agencies to pick up former President Goodluck Jonathan for questioning over the $2bn arms deal scandal.
This is coming after the arrest of some persons allegedly involved in the misappropriation of the funds meant for the purchase of arms to strengthen the military in the fight against insurgency.

The groups, The Coalition of Northern Politicians, Academics, Professionals and Businessmen therefore, argued that Jonathan should also be held accountable for alleged crimes of the suspects as the President of the country at the time.

Posted by dubem naija blog at 7:32 am