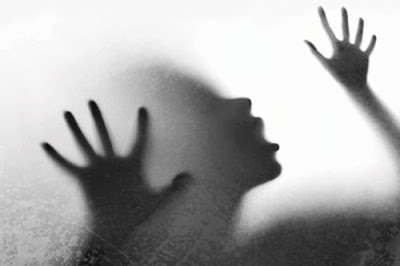 A sixteen year old girl from Okpoitumo Community in Ikwo local government area of Ebonyi State, Gladys (surname withheld) is battling for survival after being gang raped to coma by four secondary school students who invaded her house.

The four secondary school students whose name were given as Jeremiah Odah, Dick Alo, Ofobuike Alo and Obumnaeme had broken into the girl’s house and immediately demanded for sex but she refused.

This led to her being beaten-up thoroughly by the students of Galaxy foundation Secondary School, Ndiofoke Amagu, Ikwo in Ikwo local government area.

After raping her to coma, the students carried her out of her house and dropped her in a bush where she was found after two days of search party by members of the community.

She was immediately rushed to the Rural Improvement Mission Hospital (RIMH), Ndegu Echara Community in the local government for medical attention.

According to the medical report conducted on the victim, Gladys sustained serious internal injuries in her body including private parts during the incident.

The matter was reported to the Ebonyi State family law center, a special court saddled with the responsibility of handling such case while the chairman of the court Mrs. Edeh Nwali has petitioned the State Commissioner of Police, CP Peace Ibekwe Abdallah urging her to use her good offices and bring the perpetrators to book.
Posted by dubem naija blog at 6:26 pm